How can I get issue reporting for released versions?

We need the ability to do issue reporting for defects in released versions of our software. The closest thing I could come up with is filter using a list for...

..here is an example of what I'm talking about 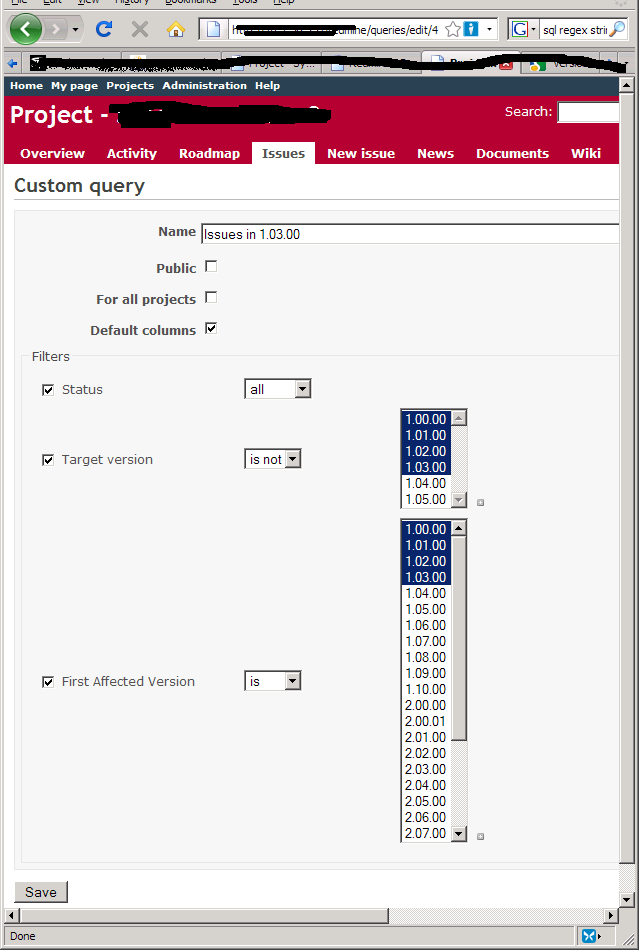 It would be much easier (and helpful) if people could filter by doing something like
Target Version > 2.00.04
First Affected Version >= 1.02.00

...or even better have a filter option for open issues in a particular version