It would be great to have support for Start-to-Start and Start-to-Finish dependencies.

It would be great to have support for Start-to-Start and Start-to-Finish dependencies.

Any update for this?

Updated by Eugen Morjolic over 1 year ago

Would by great to have also Start-to-Start relation

Updated by Tommo Yoda 1 day ago

I support this submission.

As mentioned in the Reference, the PMBOK (Project Management Body of Knowledge) introduces the following four dependencies that exist between the two activities

In this post, as in the previous one, we propose to support two new dependencies, SS and SF, in addition to the FS and FF that Redmine already supports.

In addition, we propose to define separate specifications for FS and FF, which are currently supported, from the current Follows/Precedes and Blocks/Blocked specifications, to unify the level of support among the above four, and to ensure that these four dependency specifications will be managed in a unified manner as a group.

As you can see from the table, the current Redmine only partially supports constraints related to start and end dates and status in both FS (Follows/ Precedes) and FF (Blocks/Blocked). Here, we propose that the newly implemented FS and FF support the above two constraints simultaneously.

The four dependencies proposed here are supported by Oracle Primavera P6 and Microsoft Project, the de facto standard for project management systems in the construction and engineering industries. By supporting these functionalities in Redmine as well, it will be able to gain traction as an open-source product in a broader industry segment.

The following is an explanation of why it is desirable for the plant engineering industry to support a broader range of dependency concepts than is currently available. This is not a specific request from a particular organization, but describes a need in the same industry, and in similar industries.

In plant engineering operations, design, procurement, construction, and commissioning operations often proceed in parallel, and in such cases, SS and FF dependencies are required because FS alone cannot express the dependencies between each activity.

The project schedule resulting from expressing the dependencies of the activities described above using only FS would be unrealistic and would make it difficult for the client to accept the project. Even if work has actually started, if FS dependencies are used as a substitute for SS dependencies, the status of subsequent activities cannot be set to "started" due to this limitation, and correct progress cannot be captured, resulting in problems with progress management and volume control. The above situation is illustrated in the figure below. 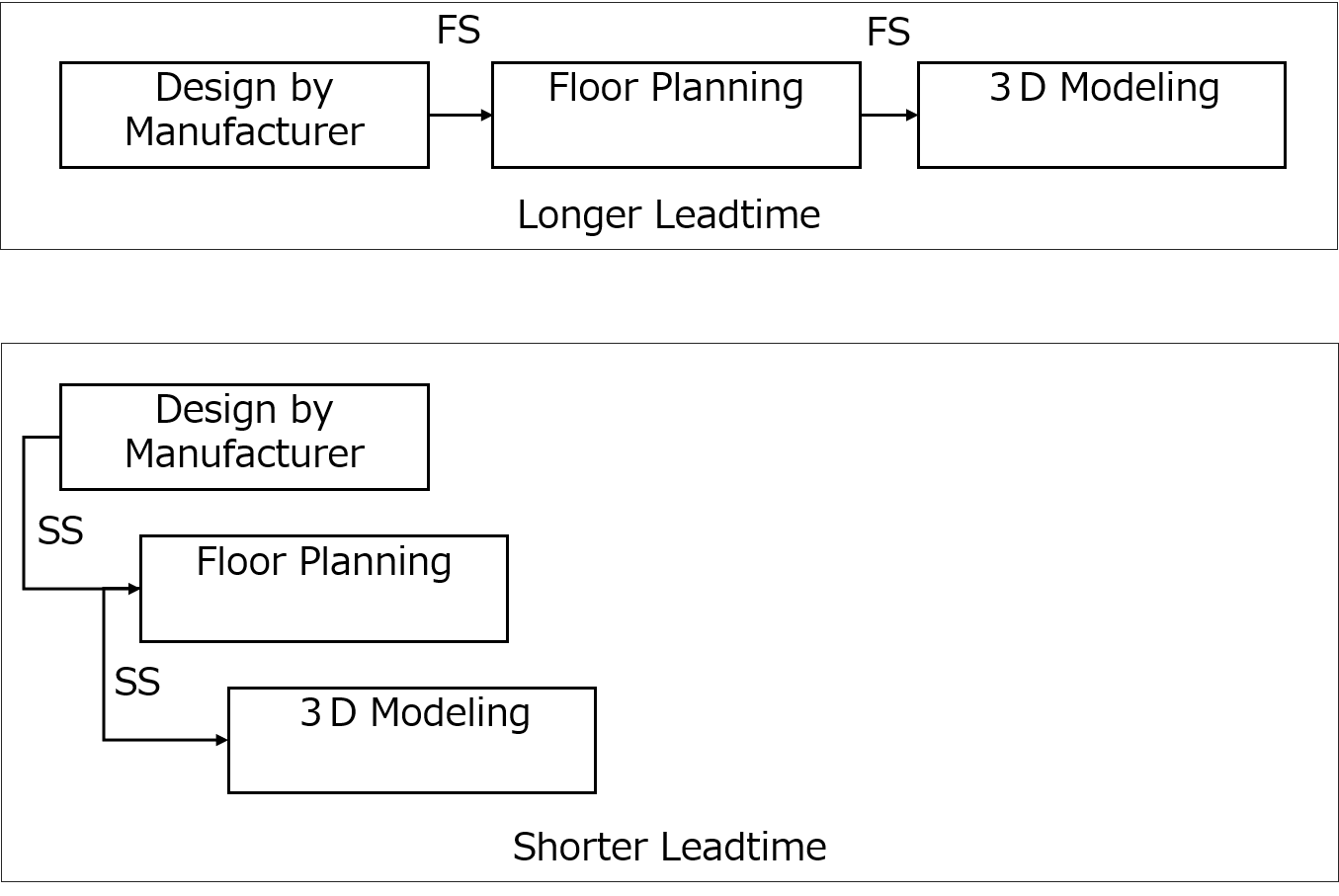