Issue statuses can be added and deleted freely. Each status has the following two configurable options: 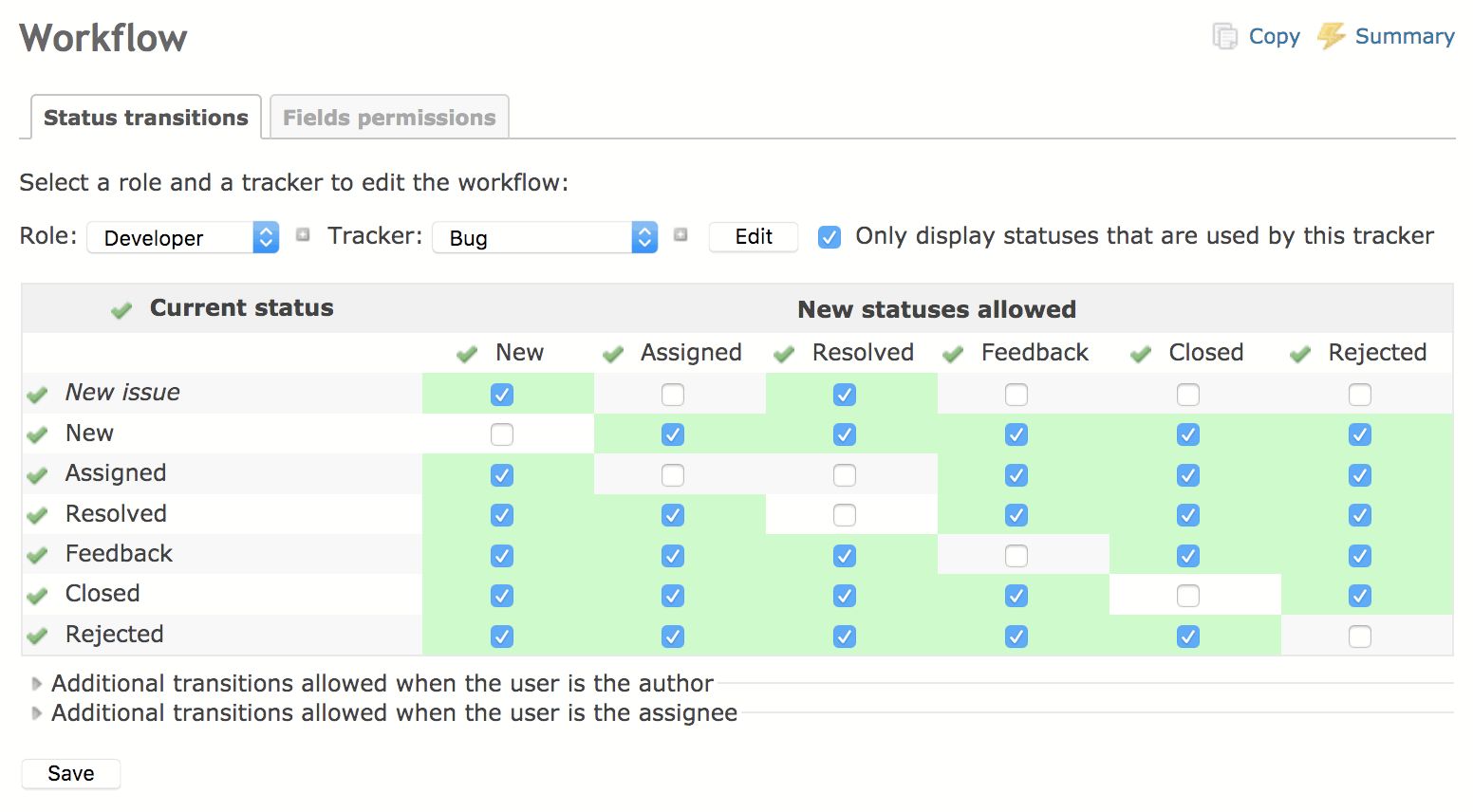