Added by Alexander Schittler almost 6 years ago. Updated over 4 years ago.

When assigning a custom role "Non-member user", permission inheritance is broken (or simply undefined behavior because the Yes/No/Never model does not apply) on some views, when:

With this setup, the user will be able to see Issues not related to them at /issues, but /issues/<id> will throw a 403.

This might affect other features that use role-based filtering too (e.g. Time Logs, Users).

Fixed that restricted custom permissions on for non member/anonymous does not work (#23655).

I can reproduce it on 3.2-stable (the Affected version is set to 3.1.3 since this is the latest version available in the custom field). The actual issue was found on a Redmine 3.2.1.

The result is that Project.allowed_to_condition first considers the default non-member role and adds statements since the default role has the permission to view all issues. However, the custom role has not. Now the bug is that Project.allowed_to_condition does not consider custom default-roles in this first step. They are only considered later in User#projects_by_role.

I think a quick patch could look like this (mostly untested):

I still cannot reproduce on 3.2-stable.
I cannot understand "You also need a different role with restricted issue visibility assigned as non-member role for the specific project." 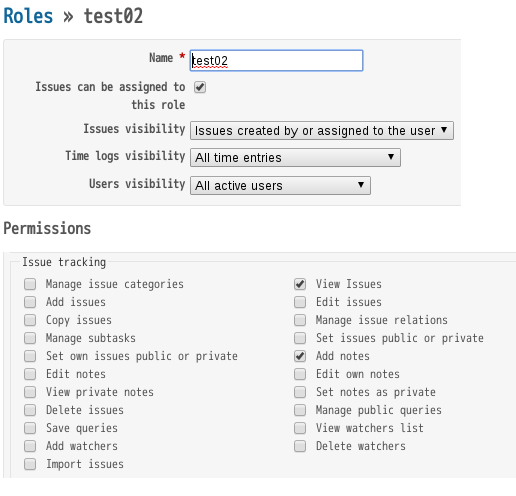 Updated by Jens Stein over 4 years ago

It seems as if the problem is back:
I added the group "Nicht-Mitglieder" (which is the translated version of "Non member users") in a role called "TicketViewer" to some of our projects and authenticated (so not anonymous) users are not able to view the issues in the project.

I add screenshots of the added role in an example project and the roles configuration.
Maybe i made a error on setting it up.

Is there any other way to ensure a group (and it should be a dynamically changing group of authenticated users - e.g. employees which don't belong to the project as reporters, developers or any other set of roles/functions within the project), let's call them authenticated non-members,