Added by Go MAEDA about 1 year ago. Updated 12 months ago.

Currently, we have "Image" button in the Wiki toolbar. I think the button would be more useful and user-friendly if the button has an ability to attach a file.

The following is my idea of the new behavior.

1. You will see a file dialog if you click the "Image" button. You can open an image to embed with the dialog 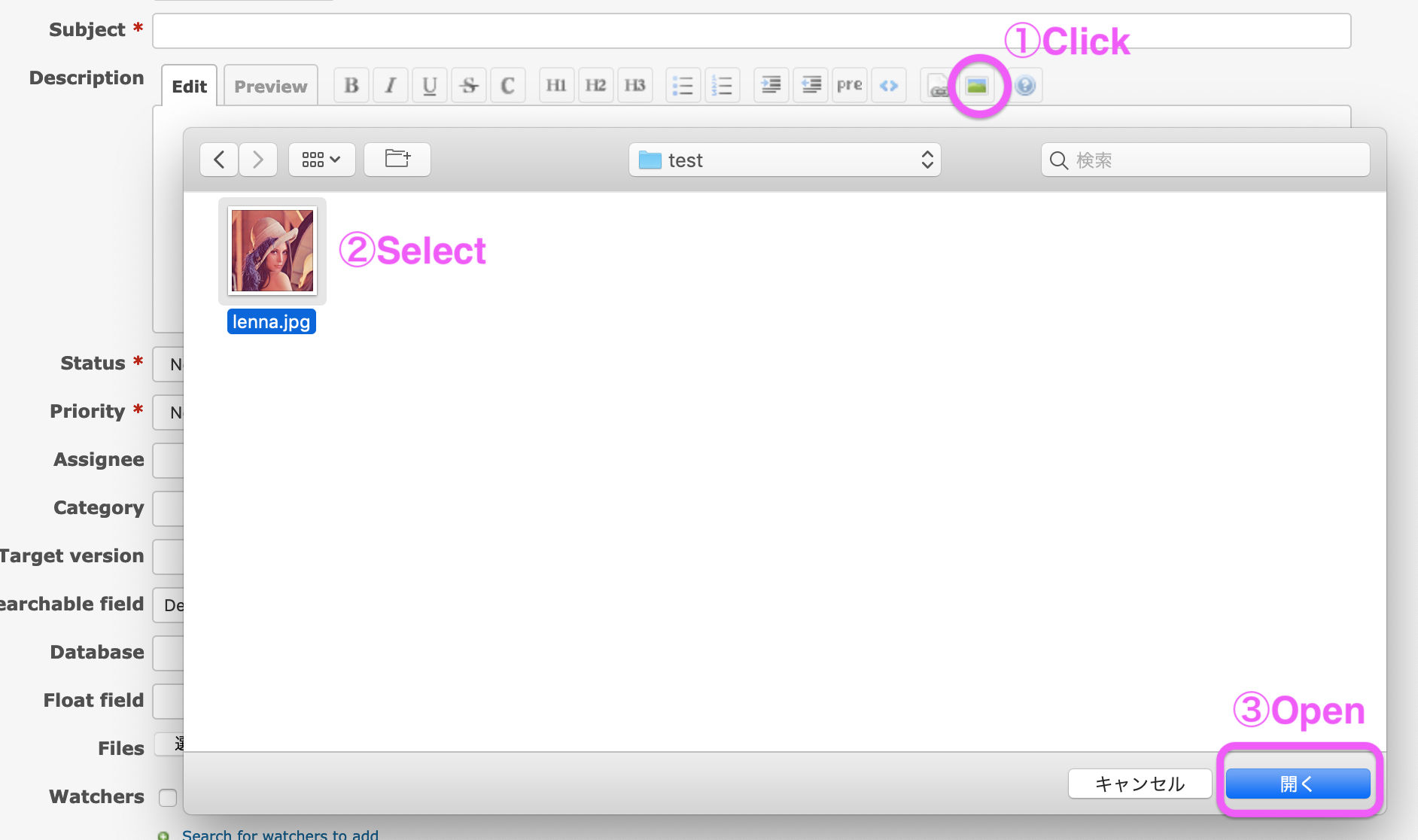 2. After opening an image with the dialog, the selected image file is attached and inserted to the textarea with markups 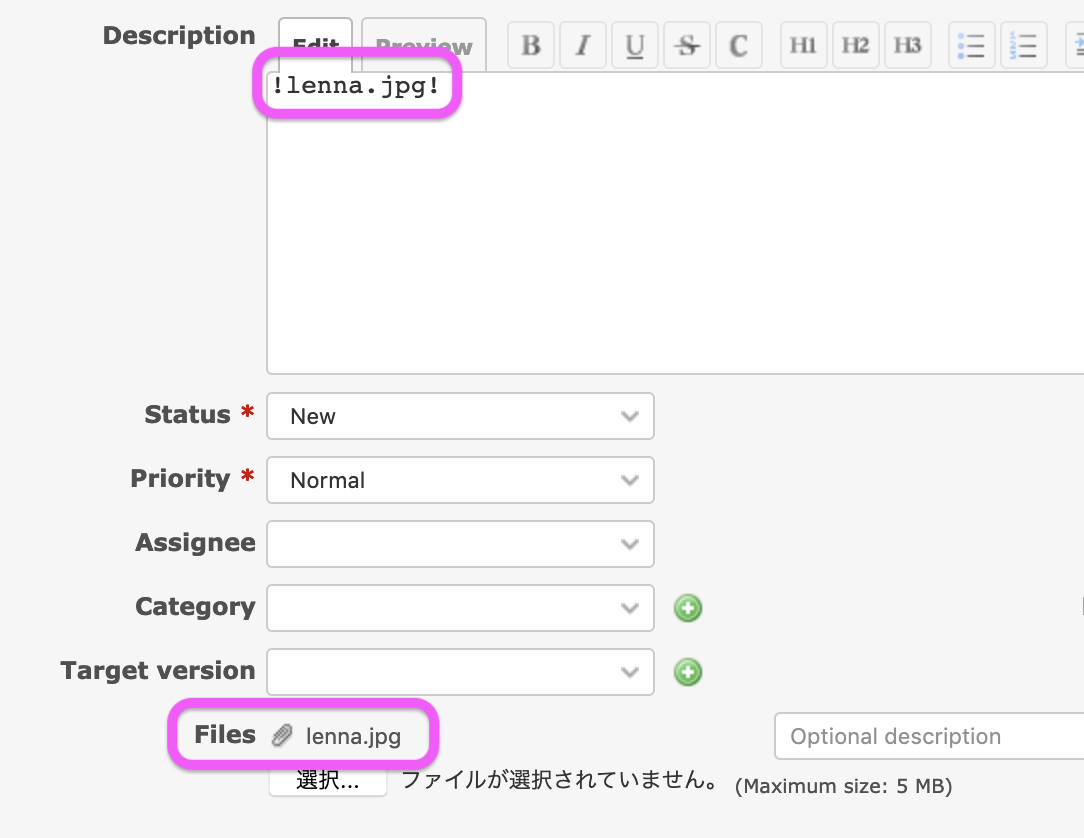 Updated by Takenori TAKAKI about 1 year ago

+1
I think that wiki editor will be more useful, if the behavior suggested by Go Maeda is realized!

I post a patch to add the function shown in the screenshot above.
The behavior when click the "Image" button is as follows.

Updated by Go MAEDA about 1 year ago

Updated by Marius BALTEANU about 1 year ago

Allow me few days to propose an alternative.

Updated by Marius BALTEANU 12 months ago

What do you think if we add a bottom message to the toolbar with the option to select the image?