Errors when editing an issue that was just edited - StaleObjectError

8. The error should say which data was updated. Since User B changed the Status it should say "Status was changed to XYZ"

9. Re-submitting the form fails because Redmine is using the stale lock and not a fresh one. Since the lock is never renewed, the user will be unable to submit the form successfully.

Re-submitting the form fails because Redmine is using the stale lock and not a fresh one.

It prevents user B from overwriting user A's changes by simply re-submitting the form.
Surely, it's a poor design but it's not a defect.

It prevents user B from overwriting user A's changes by simply re-submitting the form.
Surely, it's a poor design but it's not a defect.

It puts the user into a position where they either lose their data or have to copy and paste it all into a new browser tab, hence the defect. If you look the form when there is a conflict, there is a hidden field for lock_version that is the stale lock. So at that point, the user cannot ever submit the form, even if they reconcile the differences. If the error is going to be handled by displaying a form, then the form should be functional.

I've attached a patch to fix thi, I've ran into it many times and every time I lose data. This patch fixes several things and makes the user interface more friendly (I hope):

I'm ready to commit this fix if it looks good.

Here's a screenshot of what the user would see if a conflict occurred. 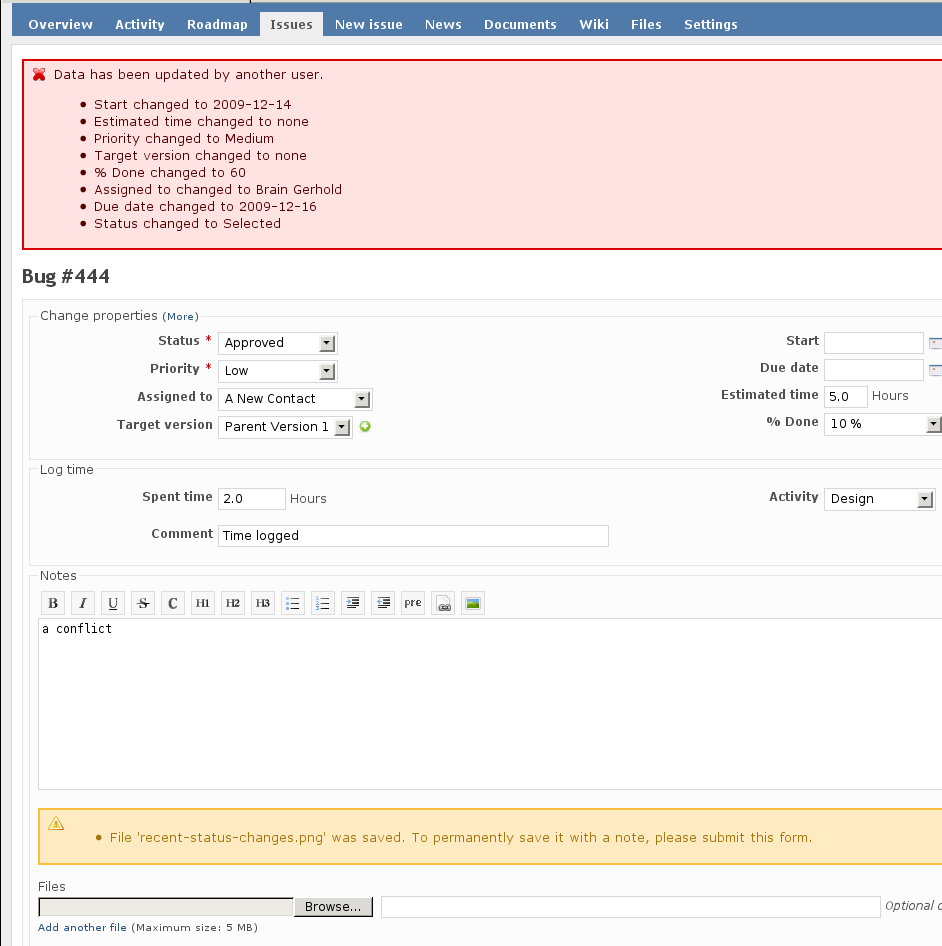 I prefer that we take some time before this gets added to a stable branch.
And it's a bit late for 0.9.

Updated by Alexey Palazhchenko over 12 years ago

Updated by Eric Davis over 12 years ago

Pushing to a later release. If I can get me some more feedback on the UI I can update the patch.

Updated by Eric Davis about 12 years ago