Added by Anonymous almost 5 years ago. Updated over 2 years ago.

Here's a patch that adds a filter for spent time to IssueQuery. Any chance this could be included in the next 3.3 and 3.4 versions?

#1 Updated by Anonymous almost 5 years ago

Here's an updated patch based on feedback that meineerde gave me on IRC.

I think it would be better to move the position of "Spent time" filter in the filters list. The reasons are as follows: 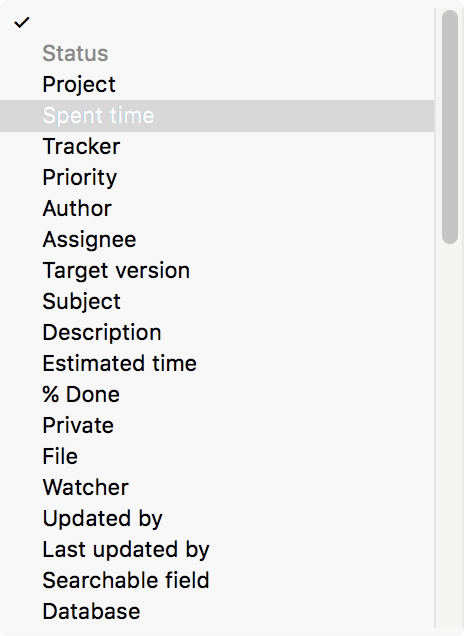 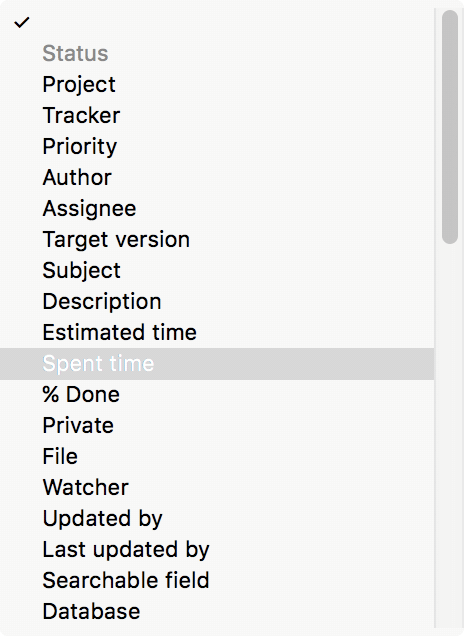 I tested the patch "issue-filter-by-spent-time-3.diff" posted by Go Maeda.
As a result, I found that it is necessary to add a fixture of time_entrys to the test code "test/unit/query_test.rb".
Tests were done with MySQL, PostgreSQL, SQLite and all succeeded.
I attach a new patch that added fixture.

I noticed that 'expected' and 'actual' are reversed on the added assertions.
Attaching an updated patch.

Committed the patch. Thank you for improving Redmine.

Updated by Jean-Philippe Lang over 2 years ago

Updated by Mischa The Evil 12 months ago