Added by Go MAEDA almost 2 years ago. Updated over 1 year ago.

The current Japanese translation for the word "tracker" is "トラッカー". It is not a true translation but just an imitation of English pronunciation of "tracker". So, most Japanese people cannot understand the word "トラッカー" without someone's explanation.

I suggest changing "トラッカー" to "チケット種別" (means "issue type"). It is very clear and people can easily understand the use of trackers.

Here are some screenshots: 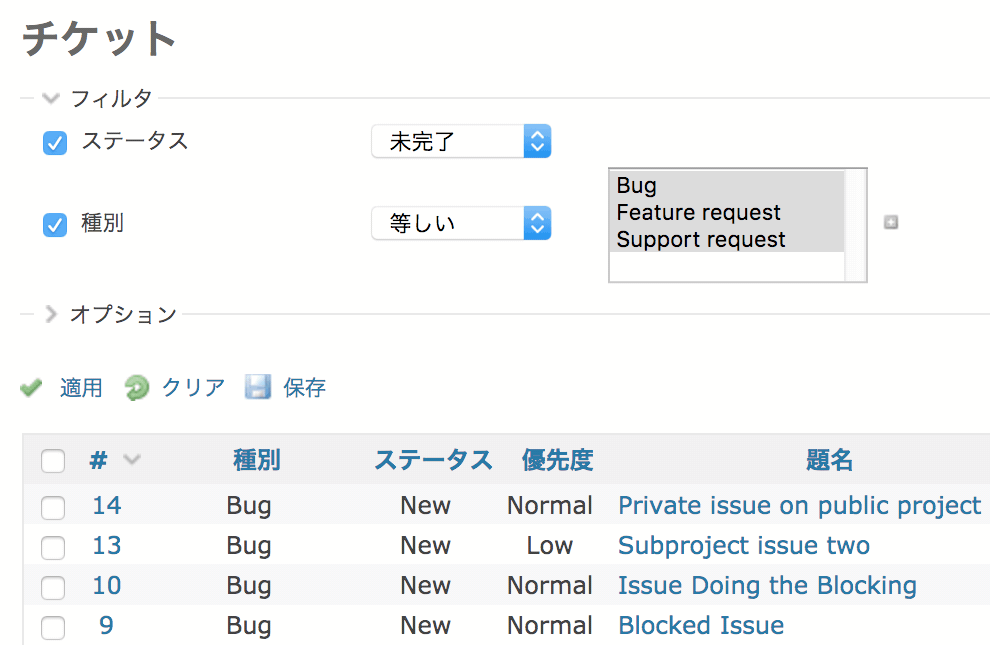 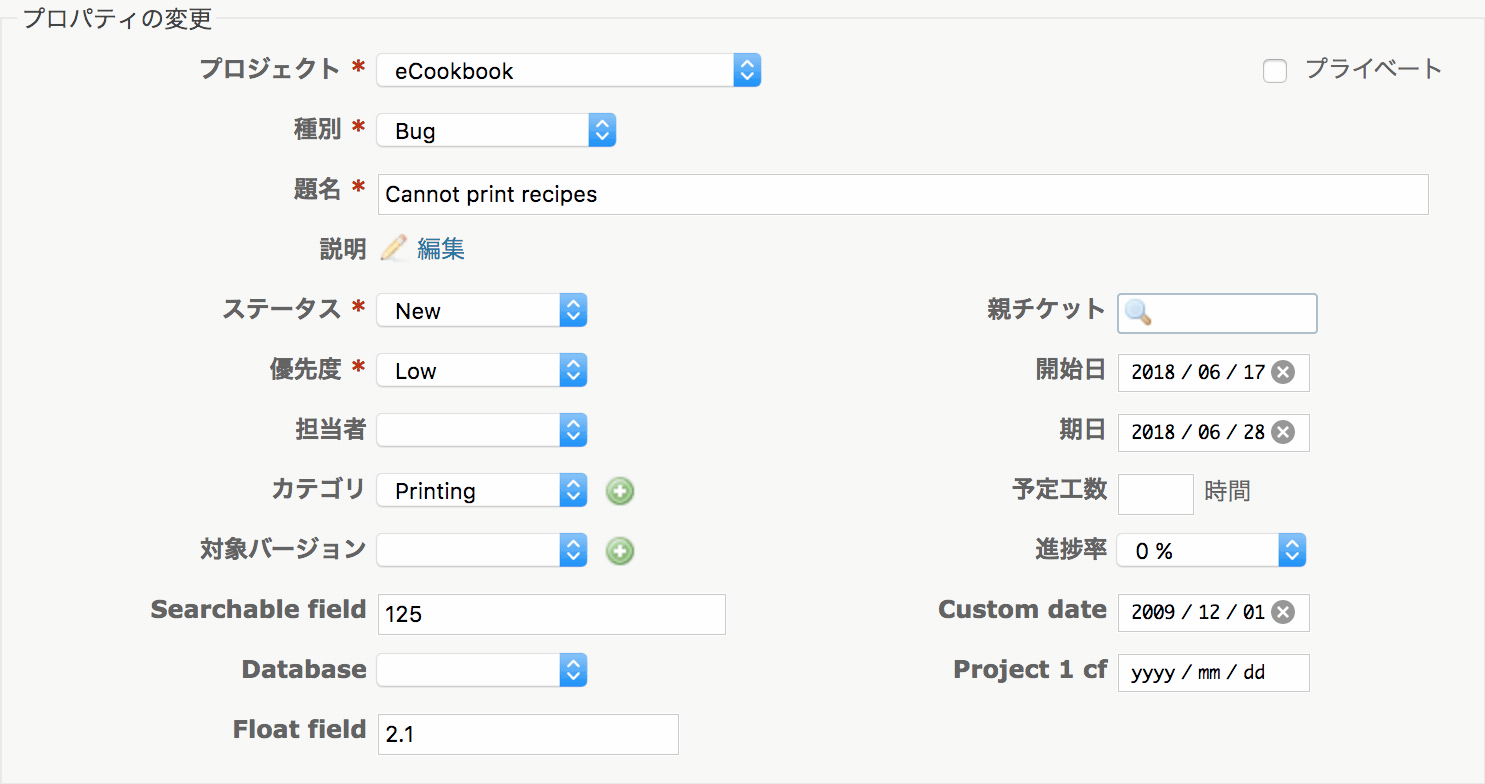 I agree with this fix.
In Japanese, "トラッカー" is not a general term, it does not understand intuitively what it means.
If it is "チケット種別" (means "issue type") its meaning is easy to infer.

+1
Yes, I agree, too.
Documentations and manuals are to be changed, but it must progress the understandability of Japanese ordinary people.

+1
I am also a Japanese. I think that this change is reasonable.

+1
"The tracker" explained the kind of the form.
I thought that was troublesome every time.

+1
I also agree with this fix.

+1
I would like the unification of "Roadmap/ロードマップ" and "Version/バージョン" related to this issue.

I agree that "トラッカー" isn't well known in Japan
and many Japanese can't imagine the meanings.
But..

What's the difference between the tracker and the category?
Does the tracker express the issue's type?

In my opinion, the tracker expresses workflow's name or type.
So, I suggest "ワークフロー" or "ワークフロー種別".

On a separate note, I also think the workflow menu and the tracker menu shouldn't be divided.

Most users are not very aware of workflows of tickets on making or editing them, but are aware of the property-sets.
Workflows are probably the second side of trackers, and property-sets are the primal options of them, I thought.

So, I prefer the name "チケット種別", which means "issue type" implying property-sets, to "ワークフロー種別" which means "workflow type".

In my opinion, the tracker expresses workflow's name or type.
So, I suggest "ワークフロー" or "ワークフロー種別".

Thank you for your feedback. But I still prefer "チケット種別" than "ワークフロー種別". The reasons are as follows:

But I can agree with your opinion that it is a little bit difficult to distinguish "チケット種別" (issue type) and "カテゴリ" (category) for users.

+1
I also think the change should be made because it is easier to understand.

I think that it is better for the Japanese display of Tracker to be unified by "チケット種別" without mixing "チケット種別" and "種別".

The reason is as follows

In order not to be misunderstood, consistency of the terms is necessary.

"種別" and "カテゴリ" are sometimes used in a close sense, so it is easy to misunderstand.

It's right that fields depend on the tracker.
But I think first about the workflow when I add a new tracker.
I create new tracker when there is no appropriate workflow,
but I don't create only because the appropriate field set doesn't exists.

it is a little bit difficult to distinguish "チケット種別" (issue type) and "カテゴリ" (category) for users.

How do you explain the difference?
The answer may be one of better translations.
I can't discriminate "種別" from "種類" which category means...

I have updated the patch. In the previous patch, I used "種別" instead of "チケット種別" on some pages. The updated patch uses "チケット種別" for all pages.

I think it can mitigate the confusion between "種別" and "カテゴリ". 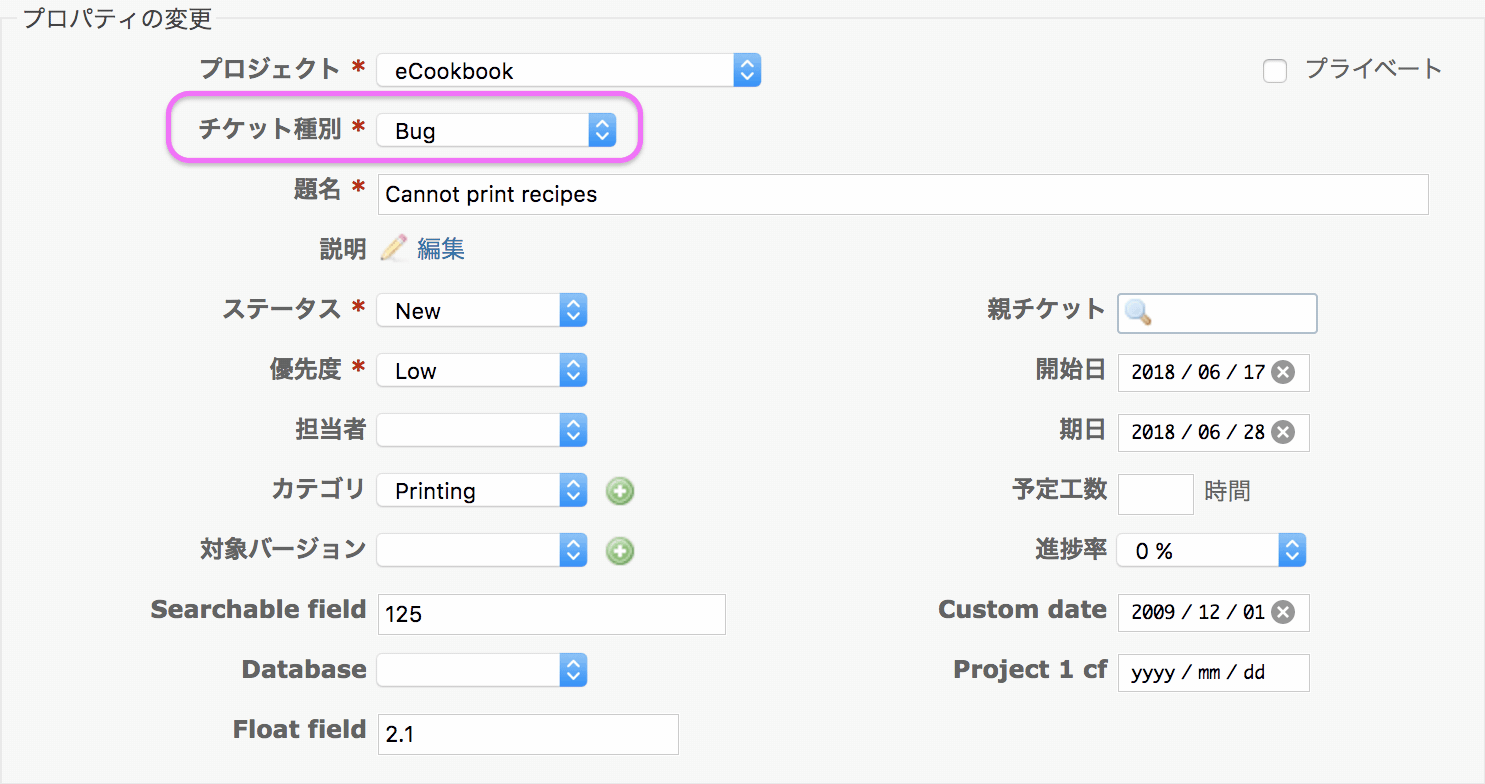 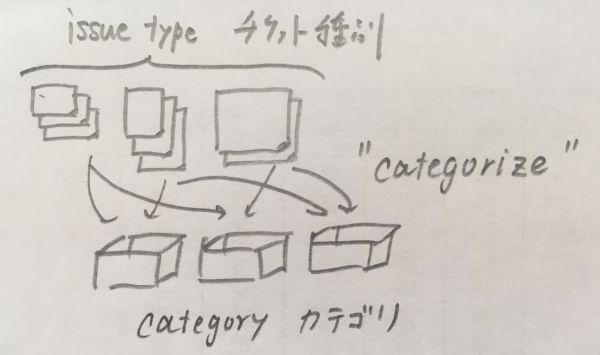 Which "仕分け" means trackers or categories?

I think that it is better for the Japanese display of Tracker to be unified by "チケット種別" without mixing "チケット種別" and "種別".

I think "型" is difficult to understand if the user is not a programmer. Maybe many people are not familiar with the concept of "型" (type, class).

I don't agree this translation proposal.

"tracker" contains the meaning of tracking the issue's status changes.
"種別[shubetsu] aka type" does not contains.
Besides, the word "type" is very similar to the word "category".

It may be difficult to find a suitable japanese word for "tracker".
Until we find a suitable word to translate,
it is better to keep current translated word "トラッカー[torakkaa] aka represents tracker's pronouciation".

Updated by ume san over 1 year ago

Updated by ume san over 1 year ago

I also thought about another.

Updated by Yuuki NARA over 1 year ago

The function of Redmine is flexible, and it can be used in various ways in a wide range.
However, because the names of each term are fixed, it is not suitable for individual use, and it may be difficult to use Redmine.

If we add a mechanism to overwrite the definitions of terms on Redmine administration screen,
It registers a YML file which overwrites only a part of terms,

I made following issue.

Make the terms overwrite from the Redmine administration screen.
http://www.redmine.org/issues/29164

Updated by kaz k over 1 year ago

I hope to keep the term "トラッカー" as the translation of "tracker".
Reasons:

There are considerable numbers of objections for the change. I don't think this change can be committed.

Updated by Kuniharu AKAHANE over 1 year ago